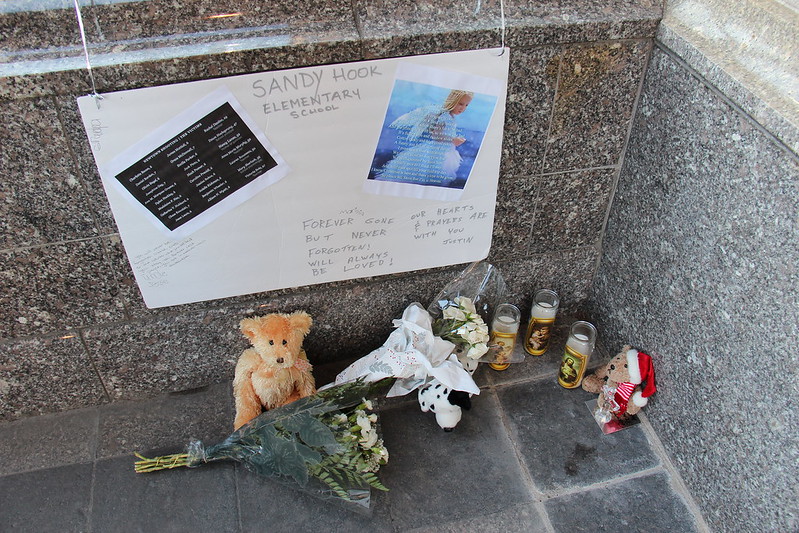 To stop these senseless serial killings in our schools and other places, I’m going to coin the term “cultural rehabilitation,” for this is what we have to do in our country. We live in a violent country. We see violence in our films, on television, and in the news. We live with the constant bombarding of who did what to whom. Mental illness is not just with the shooters. To a very big degree, there’s a moral mental illness with Hollywood producers as well as producers of films and television everywhere.

Actors and actresses who act in these kinds of films are also responsible, putting fame before public moral responsibility—not just for the violence but sexual scenes on camera that should be not allowed in an advanced culture. Several of the past shooters complained of not having a girlfriend, I’m sure to have sex with, because even the nerds on films have sex. So when they aren’t, because everyone else is, they are angry.

I’m an advocate for censorship, but some Hollywood producers I’ve talked to say “Oh, you can’t impinge upon freedom of speech.” James Cagney and Humphrey Bogart and other Hollywood actors were killing people in films in the 1930s, but it wasn’t the kind of blood and guts that we see in the films today.

Yes, there is violence in war, and there are murders. But how much do we show of these awful realities? Hollywood has lost its sense of decency. I’ve gone to movies where I’ve seen children under age 6 or 7 and pre-teens watching these blood and guts films. Sometimes I hear the children actually screaming. Do we have to introduce our children to this kind of violence so young? Then we wonder why they become shooters when they are older. So the parents need to be rehabilitated.

Spartacus—of the 1960s, with Kirk Douglas—was a great movie. There was violence, but it was violence done without the close-up blood and guts. The Spartacus series on television was senseless violence. I liked the men in the television Spartacus, but I did not agree with the director’s use of overkill. Kurt Sutter, the producer of Sons Of Anarchy and now The Bastard Executioner, has no problem with gruesome violence—hands and legs being cut off, noses cut off, swords and knives running through the body with close-ups, eyes being poked out, and much more. And so when an angry teen sees all this, what do you think they are thinking in their disturbed minds? Who really pulled the trigger?

How do we moderate or regulate or screen or censor violence in films? Should we just say “Anything goes,” like it is today, or make an attempt to create regulations within the movie and television industry? Free speech can definitely go haywire, just like it does on the Internet, where you can say anything about anybody—particularly if they’re a public person. You can misrepresent, demonize, ruin reputations, and basically say anything, any lie from hell, all in the name of “free speech.” So the same thing goes in the film industry. You can show anything, all in the name of free speech and the belief that nothing should be censored.

The common comeback from producers, directors, and actors who work in these films is, “Well, all you have to do is shut off the television or don’t go to the movie.” Part of that is true. But when the parents aren’t home and the teenagers (and even children) have an available television or an iPad or a computer, what then? The switch has to be turned off before it is even an idea in the head of creative artists in films, in television, and in music. We are all responsible before God for what we create of that which is good or evil.

People will watch clean films, even spiritual films. The proof is that a film like Chariots Of Fire won the Academy Award for Best Picture of the Year and many other awards, and there was not senseless sex or violence. There was romance, there was adventure, there was beautiful cinematography, there was wonderful dialogue, and there was healthy competition. Angelina Jolie produced a wonderful film called Unbroken, that had also adventure, war, torture, and violence, but it was done in taste. What is that taste? Well that’s what has to be agreed upon by a screening board in Hollywood or in liaison with our government, who may have to force Hollywood producers to do this, because the success of that film proves that it can be done.

The most popular television shows and films today are the most violent and sexual, which proves that our country needs to be culturally rehabilitated. How about the television show The Masters Of Sex? It’s a far cry from Little House On The Prairie and Bonanza. Our rating system on films is not the best. PG-13 films show teenage sex. PG-13 should mean that parents should watch it first, not that any 13-year-old should see a PG-13. Of course, the parents have to have discernment themselves. But we have to begin somewhere.

Here at Avalon Organic Gardens & EcoVillage, we have a very high standard in which we censor and rate our films. And we don’t go by Hollywood’s rating system and the Motion Picture Association of America. I have written a book called The Best Of The Film Industry, listing great films from all over the world that you might have missed, with more than 1,200 films of all categories, which I highly recommend. I also would be interested in your opinion, if you think I rated films too liberally or conservatively, that you would or wouldn’t want your 17-year-old to see.

We also don’t go by the idea that just because a teen turns 18, they’re now an adult, or even 21. A whole factor that is missing is the soul and maturity factors. Some souls are older souls, and so some 17-year-olds who are older souls may be able to watch something that a new soul 17-year-old shouldn’t watch. In these cases, it’s definitely the role of the parents to take more responsibility in what your child should watch.

Something that is hard to measure, unless you are trying to be celibate until you’re married, is sexual scenes (even with just teens kissing heavily) may not be good for teens trying to stay celibate. Hollywood allows teens to be in bed with each other, and just because they don’t show the sex act and have the covers over them, they’re rated PG-13. However, teens who are not married should not be in bed with each other.

The Elders and parents of our community discuss frequently how to better rate films. This is what I feel Hollywood and the Motion Picture Association of America have to do. Popular and influential actors and actresses need to start speaking out and organizing, not only to protect America’s children but their own children, because their children too are dying from violence and drug overuse. It is time to act, not only by every American but in all of Western civilization, including Bollywood.