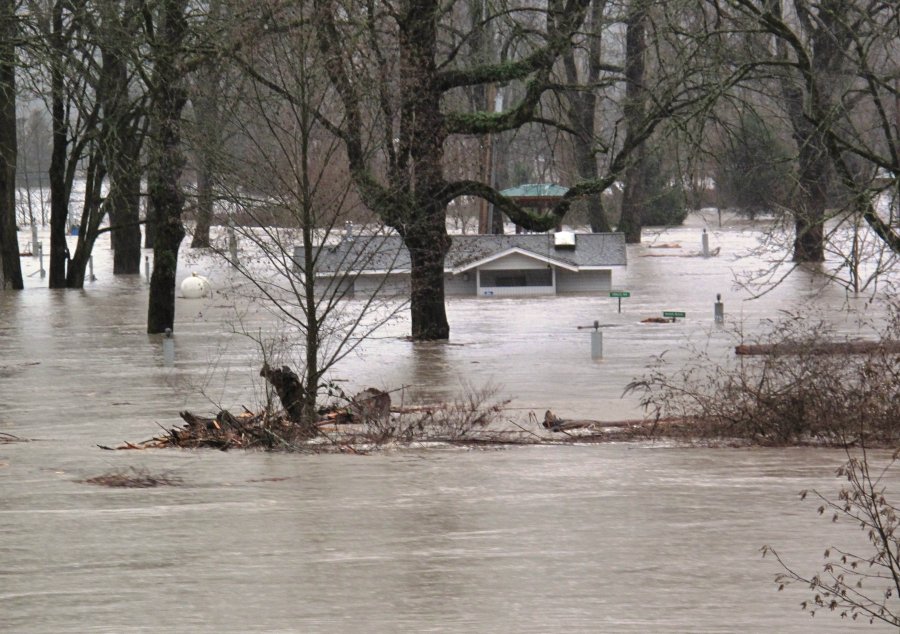 Bob Dylan wrote those words in the 1960s, in reference to political and social changes. TaliasVan wrote the songs “The End Is Near” and “Wake Up America” in relationship to the times of the tribulation that we are going through now all over the planet, with floods, earthquakes, tsunamis, volcanic eruptions, droughts, wildfires, and much more.

We don’t have to look at Matthew 24 or Luke 21 or the Book of Revelation to read about prophecies of these things. All we need to do is to look at the news on television, and the more factual news videos on the Internet, because the corporate news masks what is really happening a lot. But in reality, millions of Americans are experiencing the tribulation firsthand by losing their homes to fires and floods.

I don’t know what it’s going to take for Americans to wake up to the fact that they shouldn’t rebuild; they should move. And that begins by asking God “what next?” instead of asking the insurance companies.

People in America have no sense of the prophecies of the Old and New Testaments, or Nostradamus, or the Times of the Purification of the Hopi and somehow believe what is happening now will change and not get worse. But it will get a hell of a lot worse before it will get better. The only ones who seem to be oblivious to what is happening are those who are still trying to succeed in greedy Babylon, now called Western civilization, also called the third dimension or the matrix.

Great prophets of old spoke to the people about coming out of the false kingdom and into the kingdom of God. But as civilization grew, the lines became more invisible between the two kingdoms, because the moneychangers that Jesus threw out of the temple became that invisible power that controlled the world, and the sounds of Wall Street and the stock exchange became the new music of civilization, while the proletariat became the slaves controlled by the 1%.

The difference between these new slaves of modern times and the slaves pre-twentieth century to ancient times is that the new slaves call themselves the middle class. Comedian George Carlin called this out in the 1960s. But people who heard him, and even laughed at his political satire, would deceive themselves and were and are comfortable in their self-deceptions.

What’s it going to take for people in California—the land of quakes, fires, and floods—to stop seeking the Great American Dream? The recent 10,000 quakes hasn’t woken them yet. And the times of the purification prophecies are just a voice crying out from the desert in Hopi Land by some old Native American Hopi elders. The Hopis said we are, as a planet, moving from the Fourth World to the Fifth World and that there will be a new language of the Fifth World.

Many, who have begun to walk out of the third dimension into the fourth and beginning fifth dimension, know that new language to be the Fifth Epochal Revelation or The URANTIA Book and The Cosmic Family volumes. Many, who have come into the 196 papers of The URANTIA Book, have turned around and embedded themselves into the third dimension with desires for riches, fame, and materialistic possessions other than the true golden nuggets of the words of truth taught by the very Jesus of the book they supposedly read, understand, and teach.

They fight hard to deny the 197th paper and onward of Continuing Fifth Epochal Revelation (The Cosmic Family volumes), because these books tell them specifically to give up their false delusions of grandeur and to truly serve humanity.

One of the signs of the end of the world prophesied by so many prophets, including Nostradamus, was divisions. You can truly tell false spirituality and false religion when people don’t truly love each other and talk negatively about any new revelation of God.

The truth is Jesus ran away from all that divisive nonsense and offers of “success” that were offered Him. He chose not to join any corporation of His day, for the retirement benefits, because He trusted in His Father’s guidance—something He tried to teach His Apostles and disciples 2,000 years ago. The Book of Revelation mentions 144,000 who will be coming out of the system to show the rest of society that faith in God and His laws and commandments is all that humankind needs to have a peaceful, prosperous life.

But the majority of those 144,000 are, at this time in the tribulation, still a part of the fallen system and very much diseased by it, desiring everything the third dimension has to offer them—cars, houses, boats, paid vacations, designer clothes—and they call this “the Great American Dream.” Well it wasn’t the Great American Dream of the writers of the Constitution of the United States. They were very much aware of those false dreams in Europe and “one nation under God” actually meant something to George Washington, Thomas Jefferson, Benjamin Franklin, John Adams, Betsy Ross, and Thomas Payne.

Gabriel of Urantia is Co-Founder of The University of Ascension Science & The Physics of Rebellion. With lifelong devotion to God and service to humankind, he founded innovative programs to help others develop spiritually so they can heal as ascending souls of God. info@uaspr.org